Four(4) students believed to be returning from the National Science and Maths Quiz Competition have been involved in a near-fatal accident.

The accident occurred at Osubetor Community on Koforidua to Mamfe road Wednesday at about 1:00pm. 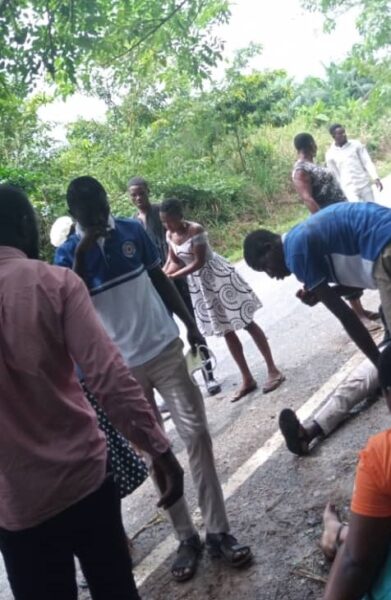 The driver was reportedly sleeping.

One of the male students suffered a deep cut on the forehead while others were seen with relatively minor injuries. The school they attend was yet to be established at the time of filing this report.

They were rescued and rushed to the hospital by a Police Car heading to Koforidua.