Multiple US and international news portals report that the wife of Derek Chauvin, the police officer involved in in the death of George Floyd, has filed for divorce.

Kellie Chauvin is distraught over the death of the African-American man, the reports quote her lawyers as saying.

Her utmost sympathy lies with his family, with his loved ones and with everyone who is grieving this tragedy,” the lawyers said in a statement on behalf of Kellie Chauvin and her family.

She has also requested that “her children, her parents, and her extended family be given safety and privacy during this difficult time.”

Derek Chauvin has since been fired from his job.

The 44-year-old was arrested and charged on Friday with third-degree murder and manslaughter over Floyd’s death.

Prosecutors say Chauvin “had his knee on Mr. Floyd’s neck for eight minutes and 46 seconds.

Two minutes and 53 seconds of this was after Mr. Floyd was non-responsive, reports say.

A viral video, shows Derek Chauvin with his knee on Floyd’s neck for several minutes while other officers held him down.

In the video, Floyd can be heard begging for Chauvin to remove his knee, pleading, “I can’t breathe.”

Officers suspected Mr Floyd had used a counterfeit $20 note and were attempting to put him in a police vehicle when he dropped to the ground, telling them he was claustrophobic.

According to police, he physically resisted officers and was handcuffed. 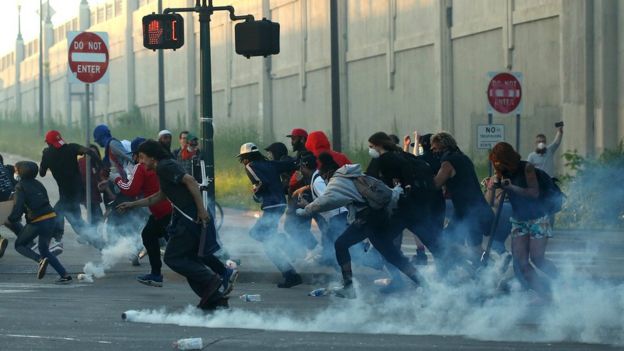 Anti-racism protests in Minneapolis have since spread across US with protesters defying curfews. 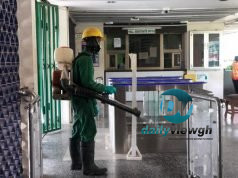 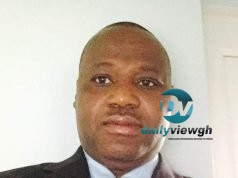