The Volta Region has benefited from the ongoing nationwide solid waste treatment facilities being constructed by the government in collaboration with Zoomlion Ghana Limited (ZGL) and its partners, Komptech.

At a sod-cutting ceremony at Akrofu in the Ho Municipality of the Volta Region on Saturday, (31st October, 2020) for the construction of the facility, the Volta Regional Minister, Dr Archibald Yao Letsa, stated that the construction of the integrated waste recycling and composting plant in the Ho municipality was in line with development agenda of the government. He added that the project formed part of waste management facilities being replicated across the 16 regions. He said water was life and cleanliness was next to Godliness, hence President Nana Addo Dankwa Akufo-Addo’s dream to provide Ghanaian citizens with better water and good sanitation. 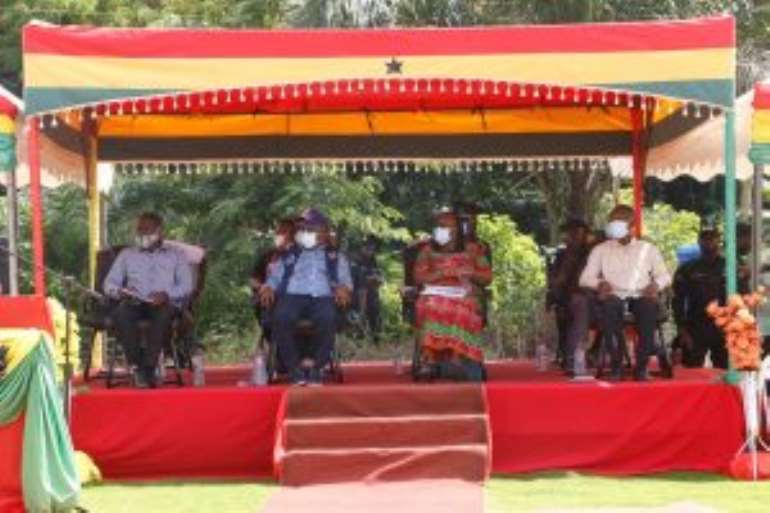 “A widely known fact is that water is life, and sanitation is dignity, and for this reason, the Government of Nana Addo Dankwa Akufo-Addo remains committed to the provision of potable water and sanitation services to the numerous socio-economic benefits he was offering to the Ghanaian people,” Dr Letsa emphasised.

“…The President is also committed to providing water and sanitation services to contribute to the transformation of the economy of this country and help fight diseases in our country,” he said. He later explained that the government established the Ministry of Sanitation and Water Resources to coordinate activities in the water, sanitation and hygiene sectors to facilitate its policy of building an integrated recycling and composting plant in the country. He disclosed that the regional capital, Ho, with a population of about 760,000 people generates 456 tons of waste a day, hence the establishment of a solid waste facility was key, since the disposal of solid waste had become a widespread problem both in rural and urban areas in many developing countries. Dr Letsa later expressed his gratitude to Jospong Group of Companies for their efforts in building the plants in all the 16 regions and for partnering the government in this regard. 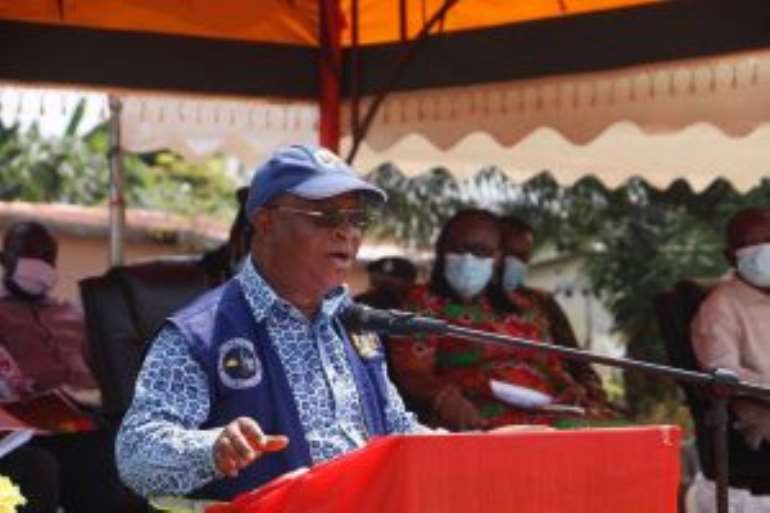 The Chief Director of the Ministry of Sanitation and Water Resources, Mr Joseph Obeng Opoku, who spoke on behalf of the sector minister, said the facility was strategically placed to help attain the objective to ensure the provision of clean environmental sanitation management.

He added “this will ensure the efficient and effective partnership with government in the management of solid and liquid waste on sustainable basis in the country, especially in major towns and cities of the country.”

He indicated that in addition to the excellent partnership Jospong Group has had with the ministry of sanitation and water resources, the group has also donated pick-up vehicles to the ministry to enhance effective monitoring of environmental and sanitation issues.

She affirmed that the 400-ton facility will provide a sustainable solution by collecting waste for safe storage and recycle over 60 per cent of the waste.

“Out of the waste that will be collected, organic manure would be produced that would be used to boost the agriculture industry, thereby enhancing the Planting for Food and Jobs initiative of the government,” she said.

Madam Anti assured and promised that as the leading waste management company in Ghana and Africa at large, ZGL will continue to contribute their quota to make this laudable vision of the President a reality.

She later expressed her appreciation to the chiefs, elders and people of Akrofu for releasing the land the project.

For her part, the Paramount Queenmother of Akrofu Traditional Area, Mamaga Akua Sebea Nyabor, bubbling with joy endorsed the NPP government and promised to vote for the party in the December 7 poll.

She, therefore, charged ZGL and the sanitation ministry to employ more of her people in the traditional area, noting that majority were blessed with expertise in artisanal fields.