At least 20 passengers are dead while over 80 others have sustained serious injuries in a fatal accident at Kyekyewere, a town on the Accra-Kumasi Highway in the Eastern Region.

The fatal accident, according to witness accounts, occurred around 4:00 am Tuesday dawn at Kyekyewere in the Ayensuano District on the Accra-Suhum highway.

The fatal crash is said to involve two buses and an articulated truck.

According to witnesses, a DAF Cargo Truck believed to be heading towards Burkina Faso on the Kumasi stretch burst a tyre causing the driver to lose control of the steering wheel hence veered off its lane and crashed two buses loaded with passengers from the Kumasi direction heading towards Accra.

“The articulated truck fully loaded with goods had a burst tyre and so while descending a hill the truck veered off its lane turning left-right then hit one of the buses and hit another bus so two buses crashed and this resulted in a lot of casualties,” he reported.

Personnel from the Ghana Police Service, Ambulance, and National Disaster Management Organisation were at the scene to rescue the victims to Nsawam and Suhum Government Hospitals. Dead bodies and pieces of body parts were conveyed to the morgue. 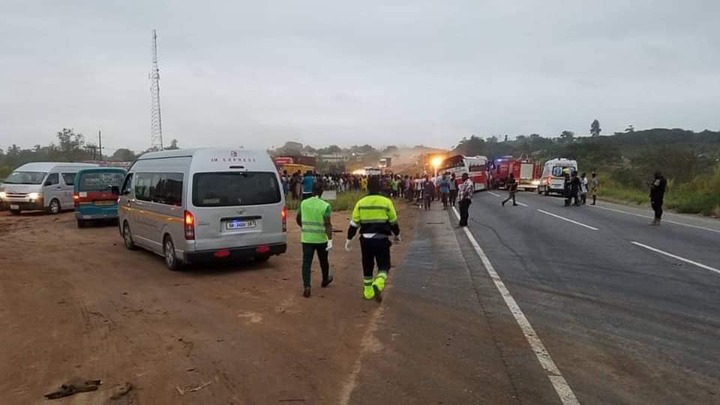 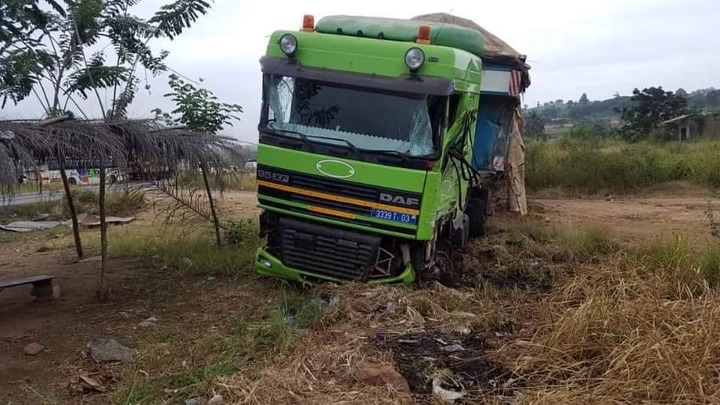 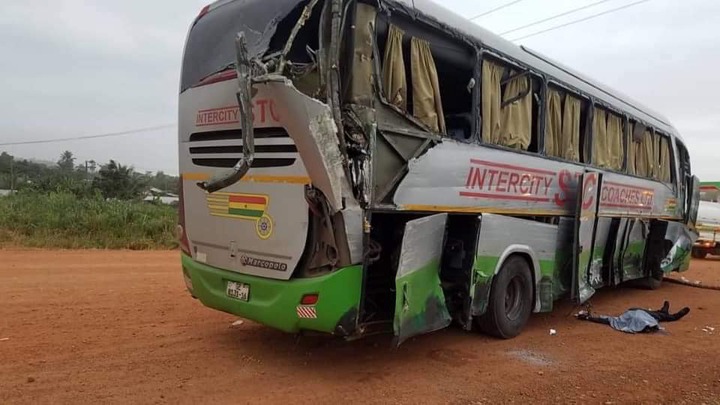 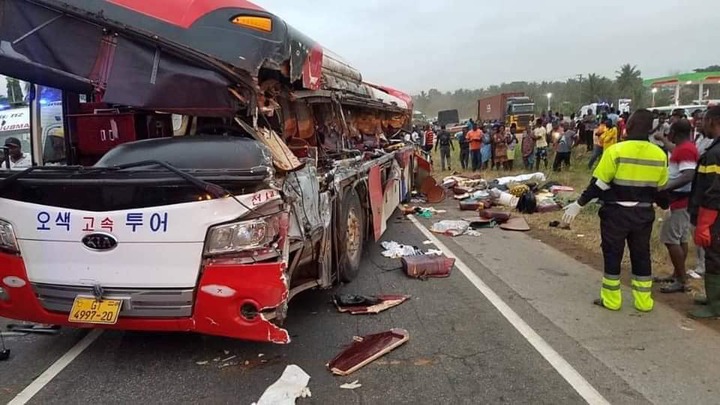 Breaking: Students returning from NSMQ involved in near fatal accident