A driver and a passenger, last night lost their lives on the Vodafone [Kansuarina] highway in Takoradi after a cocoa container truck fell on a Daewoo Matiz car they were in.

The accident which occurred at about 9 pm on Friday, November involved a tipper truck, which was conveying boulders towards Takoradi Harbor and a BMW salon car.

The truck was carrying cocoa and was heading towards the Takoradi Harbor for export but the container came off the truck which fell on the two occupants in the Daewoo Matiz on the highway.

Police Commander of MTTD in the Western Region, Chief Superintendent Richard Appiah confirming the sad news to Daily View Gh said, their unit got a distress call at around 9:00 pm that a 40-feet container which was empty killed two persons in an accident.

According to the MTTD Police Commander, the truck which was loaded with cocoa had suffered brake failure, rammed into the stationary saloon car, and subsequently fell down.

He stated that, the police has launched an investigation into the incident which was reported to the police.

The body of the driver and the passenger has since been deposited at the Takoradi Government Hospital mortuary awaiting an autopsy. 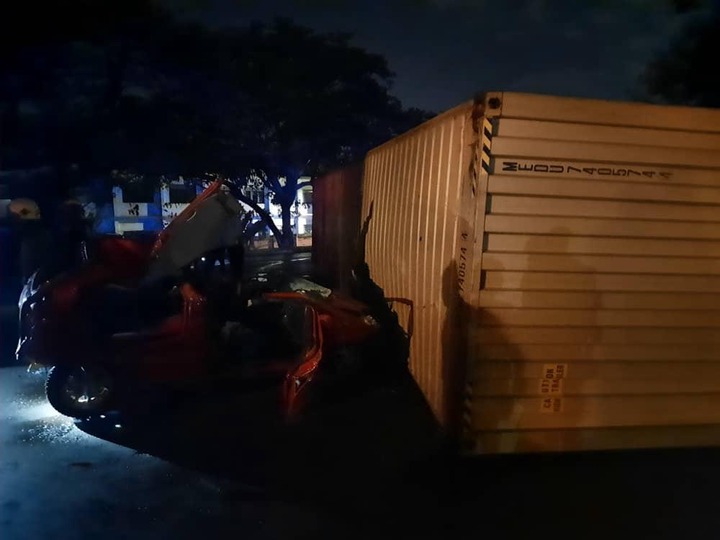 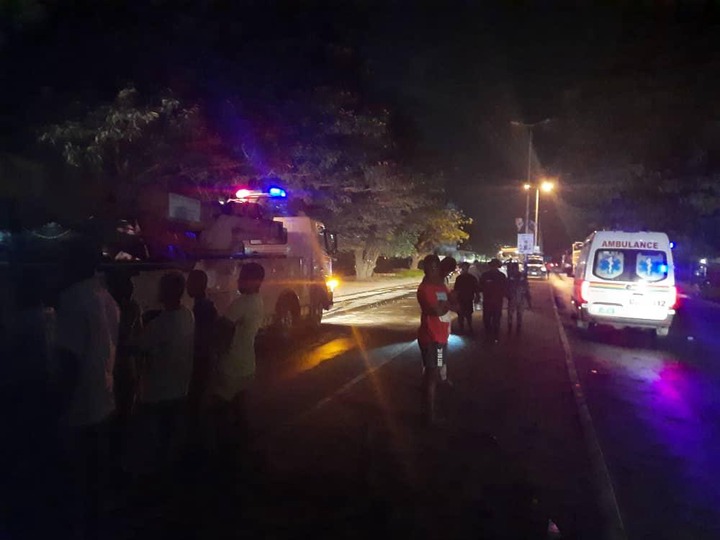 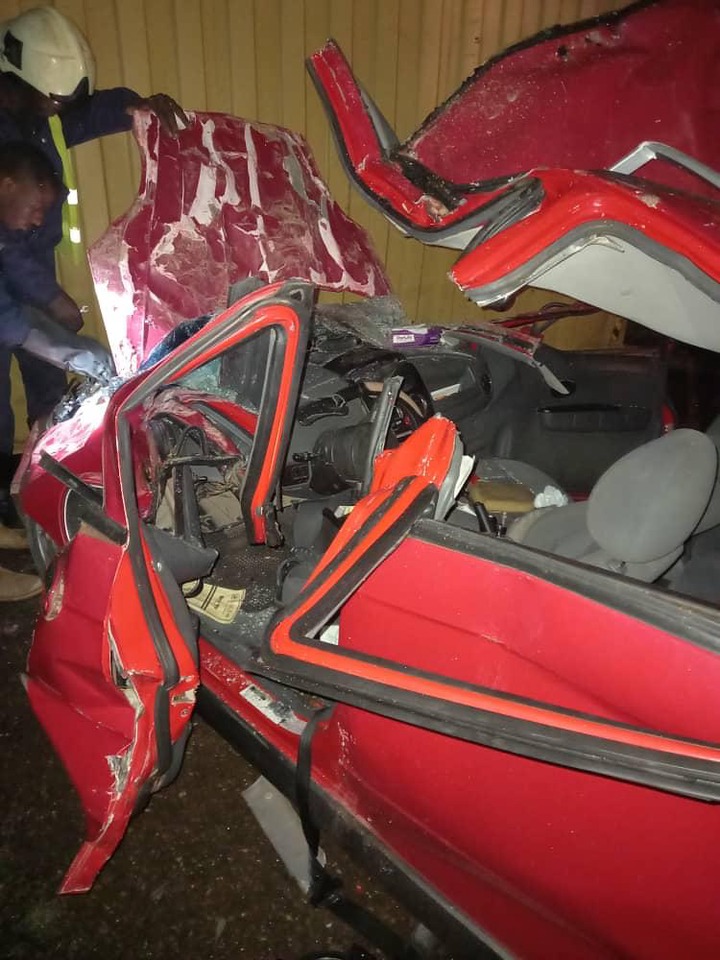 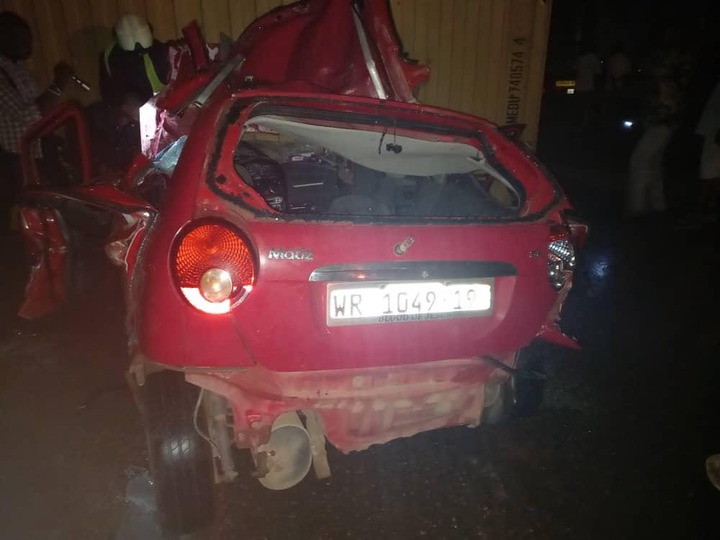