Police in Atebubu in the Bono East region have arrested a 77-year-old man for cultivating marijuana known, popularly known in Ghana as ‘weed’.

The police, led by the District Commander, Chief Superintendent Bright Boafo as part of the operation also destroyed the 2-acre weed farm at Mem, a suburb of Atebubu. 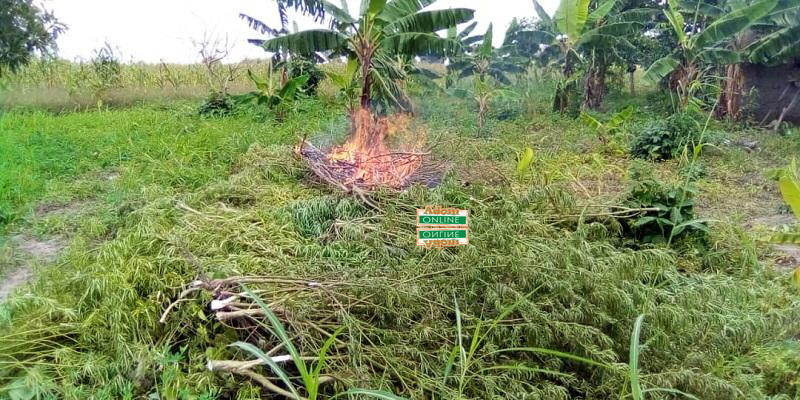 The owner of the farm, Opanin Kwadwo Sampene, was apprehended in the farm upon a tip-off.

He is currently in police custody assisting with investigations.

The suspect in an interview with Adom News has tacitly admitted to cultivating the farm, saying the weed is his only source of livelihood.

Opanin Sampene who claimed to have been smoking weed for sixty years said it has been very beneficial to him.

No waving of handkerchiefs at Church Services – Minister of Religious Affairs