The Special Prosecutor, Martin Amidu, has resigned from his position three years after he was appointed by President Akufo-Addo.

The former Attorney General wrote to the President Nana Akufo-Addo Monday saying his decision is to enable his appointing authority “to take steps to appoint a replacement to that position as required by law.”

He suggested that President Akufo-Addo has not been able to ensure his independence and freedom of action.

In his letter, Amidu cited feedback on his recently submitted corruption risk assessment on Agyapa Royalties Limited Transactions as one of the triggers that have got him to resign. 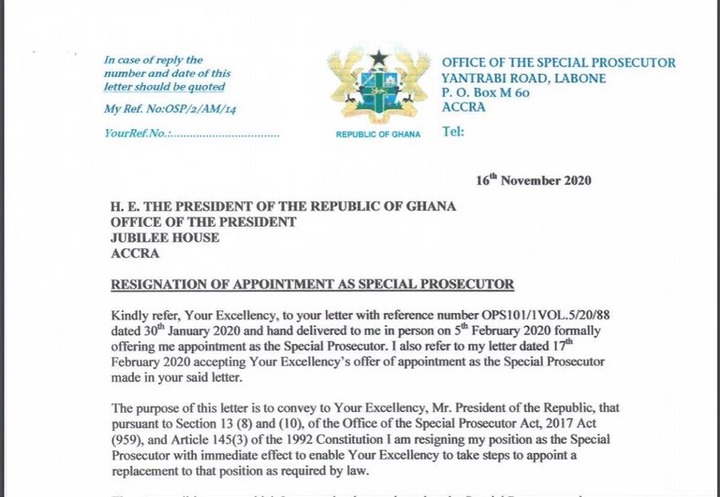 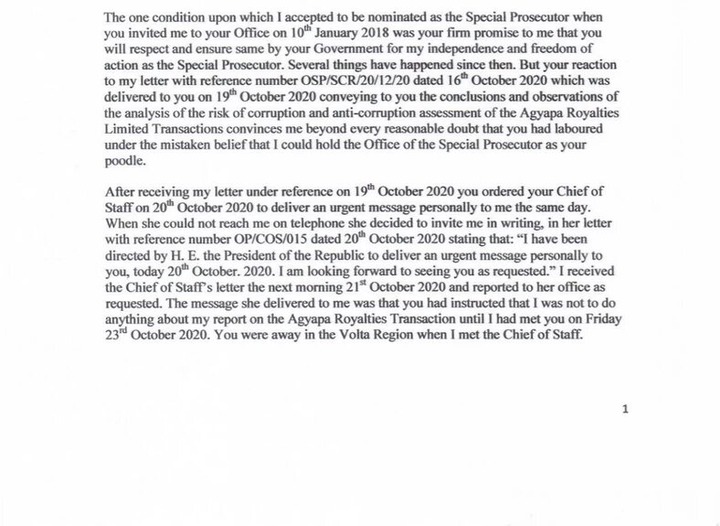 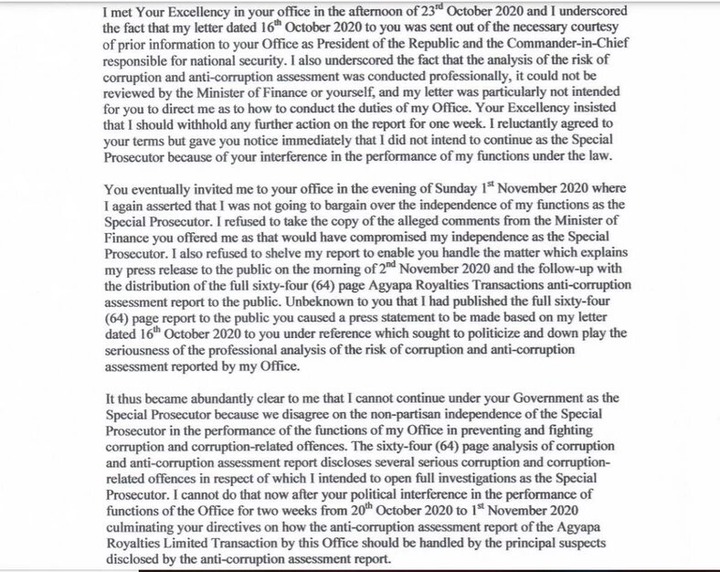 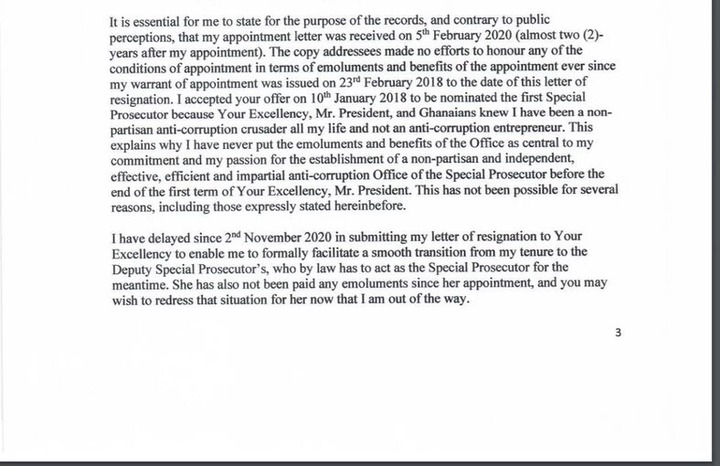