Social media has been buzzing for some hours now after some popular Ghanaian celebrities were snubbed in a supposed ‘meet and greet’ with Belcalis Marlenis Almánzar, known as Cardi B at the Kempinski hotel.

According to the American rapper and singer, she was not aware of their presence or a ‘meet and greet’ with them. Her instagram story showed that she was having a personal time, eating kebabs.

The Ghanaian celebrities such as Afia Schwarzenegger, Akuapem poloo, Hajia4real, and others who could not meet the international star after over five hours took to social media to express their displeasure.

The 27-year-old international star is widely known for her music hits like, ‘Bodak Yellow’, which topped Billboard Hot 100 charts.

Cardi B is set to perform in Ghana, as part of her first West-African music tour.

Check out some social media reactions below: 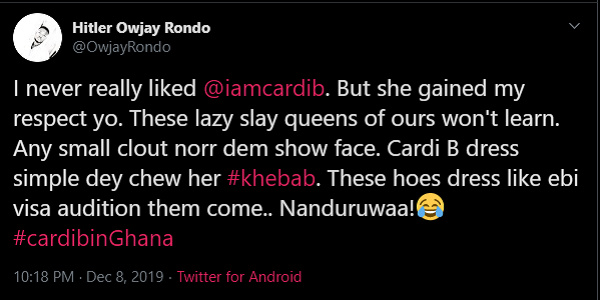 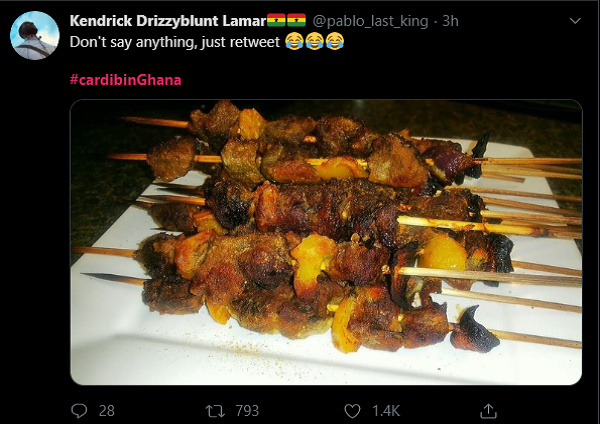 I don’t like Oppong Nkrumah, If I See Him, I’ll Pass – A Plus

Mzbel yet to be charged after arrest – Lawyer

No bad blood: Stonebwoy meets up with Sarkodie’s manager Angel