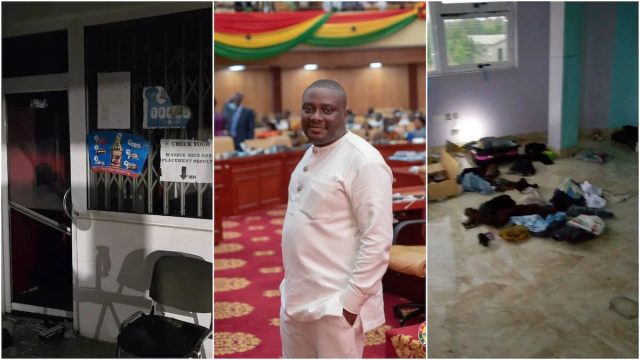 The Member of Parliament for the Keta Constituency, Kwame Dzudzorli Gakpey has been attacked once again.

This happened on the dawn of Sunday. Media reports from Joy News claim the robbers escaped with a cash amount of 7000 cedis among other valuable items.

They reportedly attacked a mobile money shop attached to the residence of the MP-elect and made away with money and other items they found in the shop.

The attack on the legislator comes on the back of avid calls for all members of parliament to have bodyguards.

Municipal Assembly, Amos Ametsime who narrated the incident to Daily View Gh, said they suspected the attack has political ties to it.

Mr. Gakpey who was elected on December 7, 2020, as a first time MP for the Keta constituency.